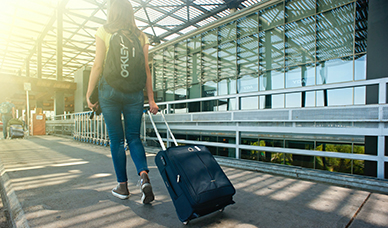 as the development of modern technology, smartphone has become quite popular all over the world with its outstanding functions. people can use phones to surf the internet, update their personal micro blog, and upload their latest pictures at any place, anytime. it seems that smart phones have already become an indispensable part in people’s daily lives. however, some people are indulging in smart phones, which already have side-effect on their normal life.

some people, especially teenagers, are easily fall for smartphone for these reasons. first of all, nowadays, people are under great pressure, while cell phone provides a platform for people to relax themselves. by playing mini-games, vocal chatting with friends, watching movies and listening to music, people can easily forget their problems temporary. second, there are always something new on the phone. it is can be interesting, mysterious and various. so people are eager to turn on their phones, want to know what is happening around them. when people spend too much time on the phones, they don’t have enough chance to communicate with their friends or parents. their attentions have been drawn away by the virtual world. lack of good self-control, they are fragile to the smart phone addiction, while they supposed to focus on their study and work.

i think people should take smart phone addiction seriously. quitting addiction needs time and patience. people should turn off their phones, go outside and communicate with others face to face. do more exercise and form optimistic attitude towards life!

intelligent mobile phone is a invention that has a great influence on our life and study. but the influence of it has good side and a bad side too. now, let's look at the performance of the impact it's on us.

first of all, it has brought a lot of convenience to our study. usually, when we learn to encounter difficulties, we can use our mobile phone in the online query information, through this way, we can understand a lot of knowledge. mobile phone in addition can help us learn, back to our lives to bring more fun, for example, when we are bored, we can with our mobile phones play games, watch movies, listen to music and so on.

in addition, with the development of science and technology, the function of the mobile phone is more and more, more and more to meet the needs of our various aspects. for example, the smart phone can help us achieve navigation functions, which brings us a lot of real convenience. for example, mobile phone pixel is getting better and

better, i can use the phone to take photos when we travel more convenient. at the same time, a lot of features focus on the phone, we can save the money to buy cameras and so on products.

on the contrary, mobile phones in our life and learning to bring a huge convenience, but also to our human, especially our young students group caused a serious harm. after the emergence of smart

performance. in particular, our college students, with smart phones, they class few people make notes, instead of taking notes is using a mobile phone camera, which resulted in the aggravation of the lazy behavior of college students. also, the long time to play the phone, causing the student's vision declined, so after the emergence of smart phones, wearing glasses more and more students. in contrast, if there is no hand smart phone, human beings will be much healthier.

in summary, as a college student in the modern society. we want to rationally treat smart phones, rational use of mobile phones, the use of smart phone good side of our life and study better.

nowadays,with the rapid development of it and information industry, cell phones play a dominant role in towns people's life. but, like everything else, they have both favorable and mffavorahle aspects.

first, it's useful. as a wireless mobile telephone, it's easy and handy to early to wherever one goes and call the callee however far away he is. therefore, it greatly facilitates people's life. second, it's convenient. whenever one meets trouble or something urgent, one can nmke a call immediately. most important of all, it's a very helpful companion. with a multirfunction cell phone in hand, one can easily get on the net, browsing the useful information, conducting e-commerce and doing whatever one can do via internet.

however, just as everything has two sides, the cell phone also has many disadvantages. to begin with, it's expensive to buy and costly to pay the hills, esp. that of global service. to make matters worse, it's also easy to lose and costly to get it repaired. worst of all,it's not as clear as a family telephone and sometimes the number dialed is often not available. last but not least, it's alleged the microwaves in it might do harm to people's health.

in my opinion,with its expenses greatly reduced after china's entry into the wto, it will face an ever brighter future in its development. someday most of them will be developed into new intemet-enabled mobile phones, which will be as useful as pocket computers. and i believe its advantages will not only offset its disadvantages, but also far outweigh them.